Living and working in Hollywood one is inclined, somewhat more than the general population, to suffer from a variety of movie states of mind. After all, wanting to escape reality is what brought us to California in the first place, and the Hollywood in our heads is substantially preferable to the reality. (Have you ever been to Hollywood and Highland, where they’ve turned the gates of Babylon from D.W. Griffith’s Intolerance into a mall? And that’s the upscale bit of Hollywood!). 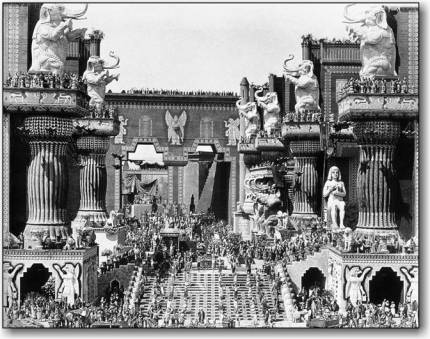 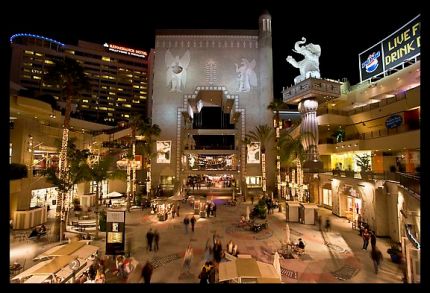 Hollywood is also intrinsically hyperbolic and, since making movies is actually a pretty arduous process, I’ve heard grown men who have Oscars in their cloakrooms liken it to war. Ridiculous? Maybe not so much. A little mental meandering can be a healthy counterbalance to too much Hollywood reality. (Or unreality).

In fact, going from that blissfully innocent initial movie idea (“How about a shark terrorizing a resort? We can build a mechanical Great White, no problem, and film it in the real ocean so we don’t have to fake it. Easy!”), to actually opening a film is kind of like finding oneself in the third act of The Shining. During the required three plus years it takes to get a film made one mostly feels like that film’s seven year-old endeavoring to elude the unwanted homicidal attentions of an axe-wielding paternal figure (a Freudian mash-up of the studio, investors, critics, paying public). 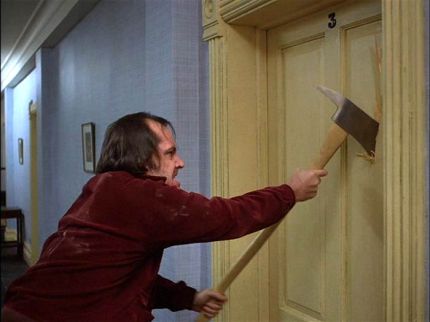 The only way to offset the seemingly inevitable drop of the blade is to take one’s life into one’s own hands and, like little Danny, run out into the petrifying night, and lure the enemy into a frozen maze from which neither of you may return in one piece.

Of course I exaggerate. No one would work in movies if it was really like that. (Yes they would! They want to meet movie stars!) It’s really no worse than being a lawyer or member of Congress. (Where are the axe murderers when you really need them?).

So, getting back to my point about Hollywood’s denizens entering into Hollywood states of mind, let’s consider some possible favorite choices.

The writer – for example – is susceptible to Sunset Boulevard. He’s found himself floating face down in a swimming-pool so many times he’s forgotten how he ever got there (or how to stop it happening again).

Of course, writers live mostly in their heads anyway, and in Hollywood that can be a nice place — all that sun, sand and, well….

What’s in the box, Barton?

Yes, any writer who’s gone through what is politely called Development Hell will feel a particular empathy with Barton Fink. The prospect of seeing John Goodman’s gun-toting psycho charging down a spontaneously combusting corridor screaming “I’ll show you the life of the mind!” will almost seem like a relief compared to another round of studio notes.

The producer – a much-maligned creature in movie lore – might veer between two possible models of how to go about getting the show on the road. There’s The Bad and the Beautiful, in which a group of filmmakers reflect on how they were aided in their careers, and then terrorized, by the Machiavellian producer played by Kirk Douglas, who will charm, swarm, cajole and bully to get his way. 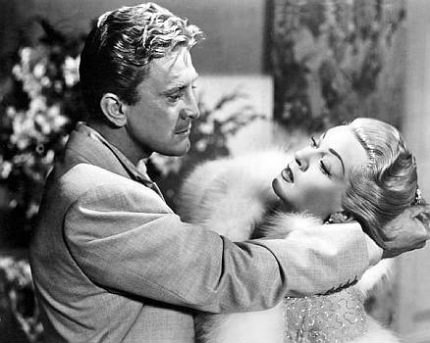 And then there’s The Producers, wherein the titular characters set out to make a deliberate flop out of an all-singing, all-dancing Nazi musical, and end up with a smash hit.

Just another day at the office

But which of these two films represents how one should go about being a producer? Which one is the cautionary tale, and which one the blueprint for success?

The eternal dilemma of how exactly to go about producing hit movies is played out, second-guessed and dissected in the trades after every opening weekend. However, for every producer who yearns to cut through all the crap, Get Shorty will hold a special place in his or her heart for its gangster-turned-producer hero played by John Travolta because, deep down, every producer wishes he could make the odd recalcitrant collaborator/executive/critic/second-guesser an offer he cannot refuse.

The studio executive on the wrong end of Travolta’s pistol will always have Robert Altman’s The Player to console him. Tim Robbins’s sleazy protagonist does, after all, get away with murdering a difficult writer – and ends up marrying his victim’s girlfriend. (Add this film to the writer’s list of grievances).

Driven to the brink of insanity by a mega-flop, Mulligan decides to wrestle victory from the jaws of box office defeat, and Robert Vaughan’s cross-dressing studio boss —

Its climax (ahem) is Mary Poppins going all spring break on us (“You like my boobies?” a squiffy Julie declaims in a state of deshabillé).

That Mulligan gets shot to death for his pains —

— is merely a tribute to his auteur credentials.

Actors adore All about Eve, Joe Mankiewicz’s paean to theatre folk, and dissection of the naked ambition (and unsheafed knife) lurking in the sweet smile of one’s understudy.

Why are we so fascinated by actors and movie stars? Because life is a performance, and we’re all acting a part — as Shakespeare so pithily pointed out. Movie stars just do it bigger and better than we do. David O. Russell’s latest, American Hustle, hardwires into our pop cultural obsession with everything actorly. It finds the intersection between performance and the con in the pursuit of the American dream, and milks the results for all their worth. And as per usual Russell pushes his cast out onto an emotional high wire — the resulting thespian high jinks and precarious balancing acts are glorious to behold.

But for me the film that maybe most perfectly embodies the surrealistic double-think a screen actor must hold in his head is Buster Keaton’s Sherlock Jr. This is the one where a daydreaming projectionist —

— wanders into the movie he is screening.

Surviving a series of jump cuts that launch him from one perilous, and hilarious, scene to another — 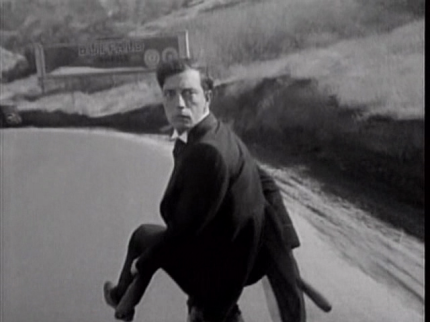 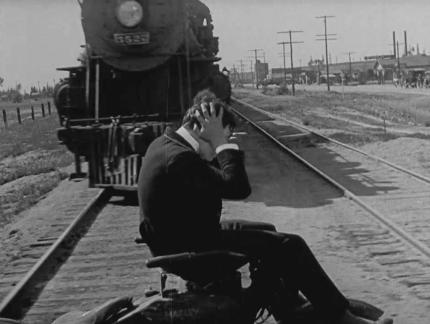 — he ends up solving the mystery and getting the girl, because he entered the movie. Now that’s what I call commitment to a role. What an endorsement of film’s curative powers. (For a later spin on this idea, see Woody Allen’s Purple Rose of Cairo.)

But if you had to select just one film to embody all the obsessions of Hollywood in one convenient package, I suspect that would be —

But, I hear you say, that movie has nothing to do with the movies. Au contraire, I counter. It is, in effect, the ultimate metaphor for making pictures. Consider.

Jimmy Stewart falls in love with a fabrication, an illusion of a person, who in this case happens to be Kim Novak.

What he does not know is that both women are actually one and the same. 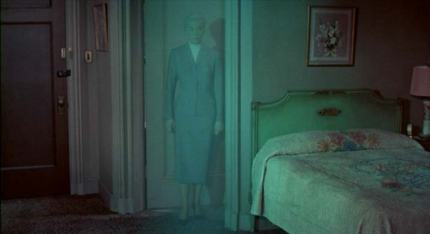 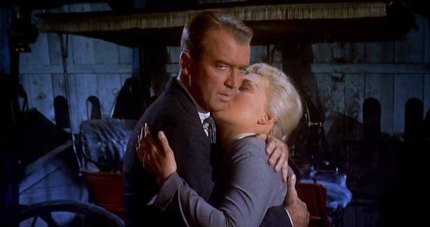 That he’s the victim of an intricate con-job to cover up a murder is largely co-incidental, and barely relevant to what the film is really about. That crafty Hitch – he made a movie about making movies, and the danger of trying to build real-world romances upon the flickering shadows of fantasy and obsession, projected or otherwise, with death as the trickster “I do”.

“So what!”I can hear many a movie guy say. So what if the gal’s a fake, the guy’s a basket-case, and no-one gets to say “I do”. We’re making movies! How great is that! I know people who would kill to do what we do.

Yup, in Hollywood, Vertigo is the one you come home to.

2 responses to “IN A HOLLYWOOD STATE OF MIND”