It’s a signature time for robots. In real life we’ve got Curiosity taking a years-long constitutional on the red planet, Rosetta dropping in on Comet67P, drones over the White House and Iraq, and a Korean Man Machine doing some nifty stuff at DARPA.

In the movies, in this year alone we’ve already been seduced and terrorized by the babe-bots of the brilliant Ex Machina — 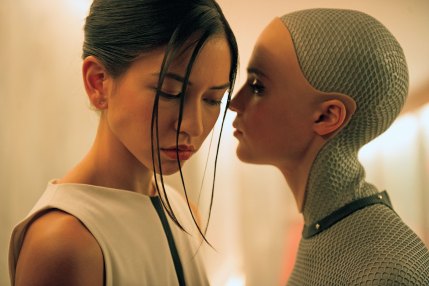 — and now the granddaddy of all metal men, the Governator himself, is about to blast across the eons (again) in Terminator: Genisys. 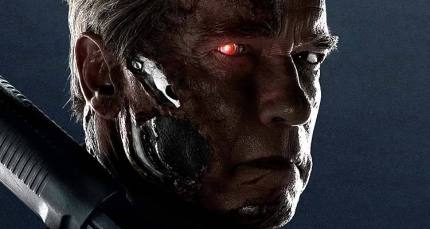 It’s easy for a human to feel a little overwhelmed and, frankly, a little redundant, with all this talk of self-driving cars, AI, and the imminently self-aware iPhone (okay I made that last one up but, hey, we all know Apple is working on it).

So, in this age of Terminators and drones, whizz-bang exterminators and pseudo-human love machines, might I suggest it’s time to remember a gentler breed of “Your Plastic Pal Who’s Fun To Be With.” A robot who doesn’t have all the answers, even though, as he constantly reminds us, he does have “a brain the size of a planet”.

I speak, of course, of Marvin. 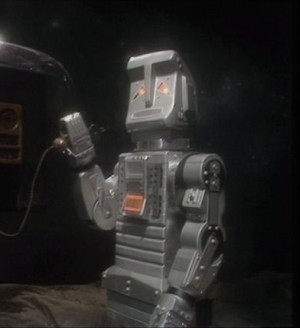 Marvin, a prototype of the Sirius Cybernetics Corporation, equipped with the ground-breaking GPP factor, as in “Genuine People Personality”.

Marvin, who upon entering the room, is inclined to talk not of the weather or the traffic, or what passes for news on Alpha Centauri, but rather will announce with breathtaking candor:

“I think you ought to know I’m feeling very depressed”. 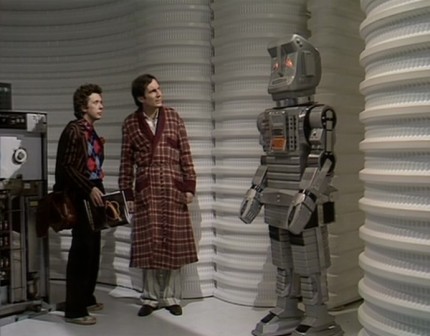 Yup, that’s a Genuine People Personality all right. And yes, I know what you mean Marvin. It’s just so nice to hear someone else say out loud what many of us are thinking. Much of the time.

Marvin was the creation of Douglas Adams, a former script editor and writer on Monty Python’s Flying Circus and Doctor Who. 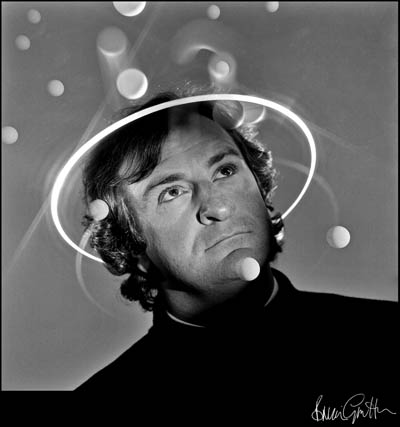 Marvin is everyone’s favourite side-kick in Adams’s magnum opus, The Hitchhiker’s Guide to the Galaxy. 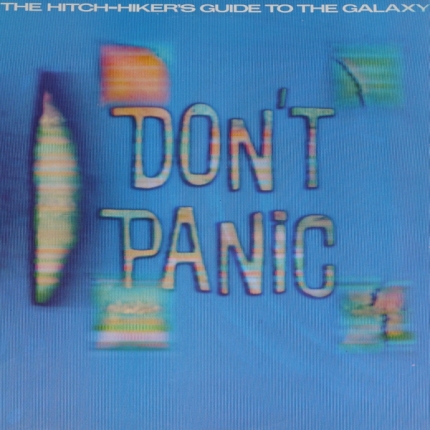 This was originally a radio show for the BBC, but it was so popular it evolved into a series of books, a TV show, and, finally, a movie. But it is in its original radio incarnation that Hitchhiker’s shines most brightly.  For most fans, Marvin as personified by the lugubrious, jaded tones of Stephen Moore, is the bright star bringing just the right amount of cynical illumination to the Galaxy. 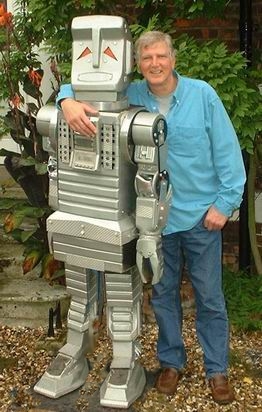 That is the genius of Marvin and the assorted droids and computers in the Hitchhiker’s universe: his too-human side. In trying to make machines more empathetic and relatable by giving them Genuine People Personalities, their creators (us) have made them uber-human to the point of ridiculousness. Thus we have elevators having existential crises: terrified of heights and cowering in basements.  Or Eddie, the shipboard computer, who either declares life to be fantastic, all the time — or who mothers you like that over-protective aunt who smelled of slightly rotten elderberries.

It’s a delicious take on the old fear that the technology we create will somehow inherit way too much emotion for its, or our, own good. (Hi there HAL).

Marvin, reduced for most of the time to menial labour (like parking cars), prefaces much of his complaining with “Brain the size of a planet…..”

Ah, I know how you feel, Marvin. No-one really understands the full extent of my unique skills either.

Like, for example, I know I could have been a pop star. I just needed that one big break…..

Yup, Marvin’s been there, done that.

Is there nothing in this world a paranoid android cannot achieve, if only he dreams big enough? 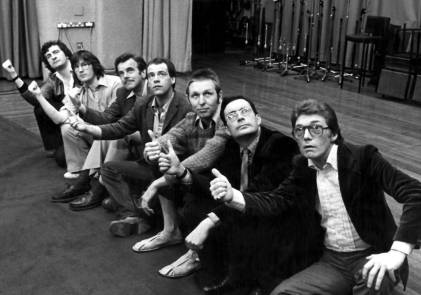 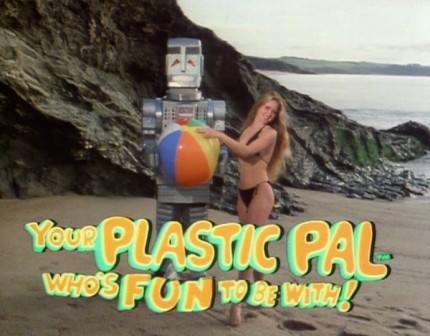 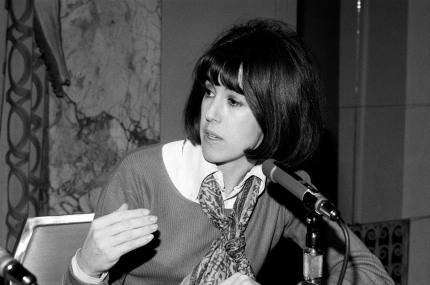 “Above all, be the heroine of your life, not the victim.” 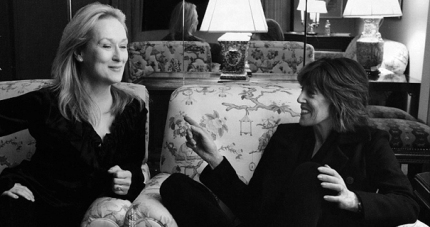 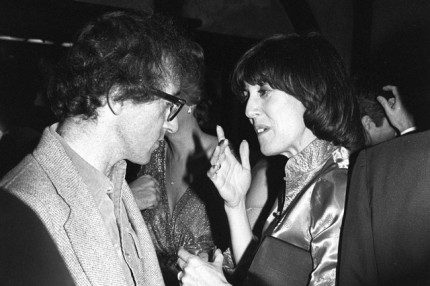 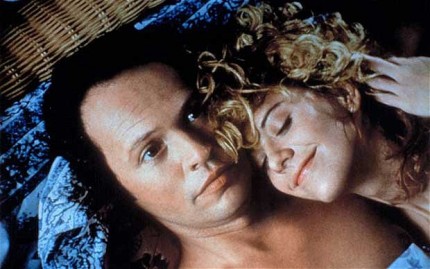 “And then the dreams break into a million tiny pieces. The dream dies. Which leaves you with a choice: you can settle for reality, or you can go off, like a fool, and dream another dream.” (Heartburn) 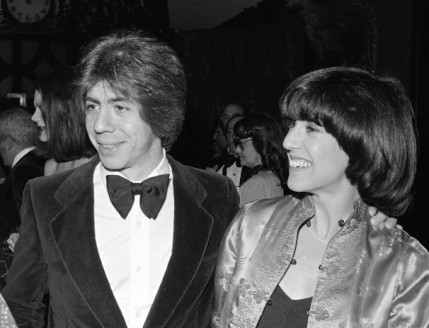 “When your children are teenagers, it’s important to have a dog so that someone in the house is happy to see you.” 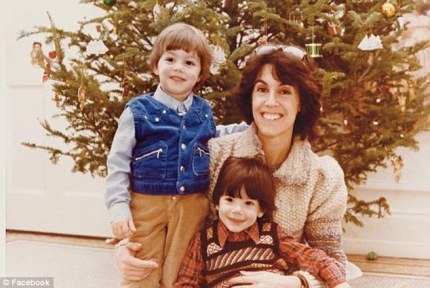 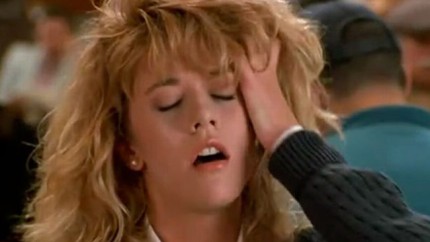 “I’ll have what she’s having.” (When Harry Met Sally) 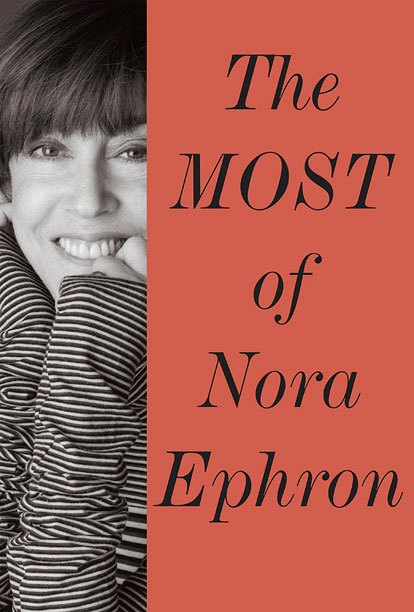 The Wit and Wisdom of Nora Ephron
Leave a comment

“Filmmaking is rarely glamorous. Being ankle deep in pig shit every day is the reality.” 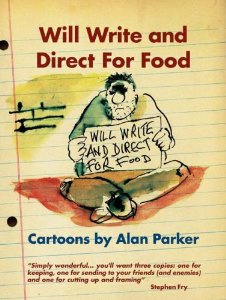 “A film director has to have the sensitivity of a poet and the stamina of a construction worker. The trouble is that rather too many of us get it the wrong way around.” 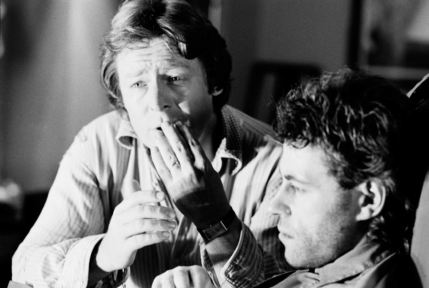 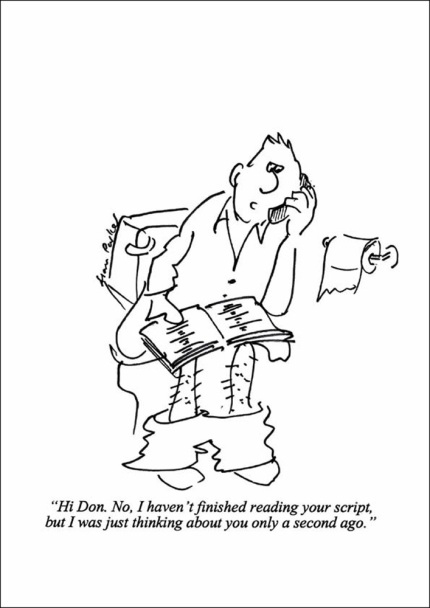 “Francois Truffaut said that British Cinema was an oxymoron. (Like French Rock music.)” 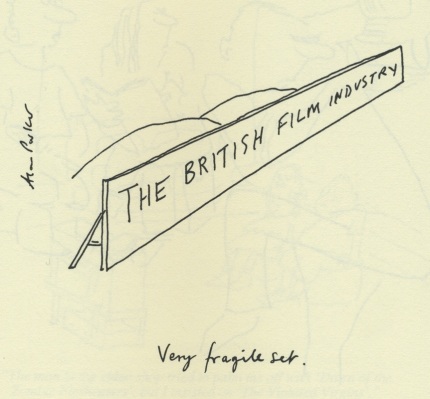 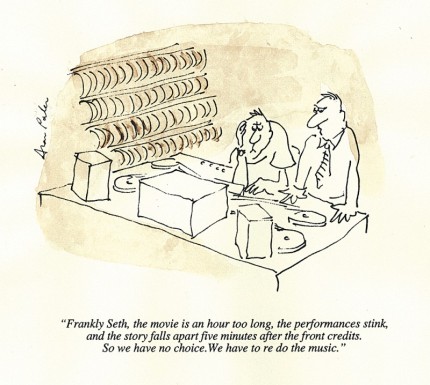 “I think you have to be strong willed and swift of foot to survive in Hollywood. I always said we are guerrillas on bicycles stealing our art away from them.” 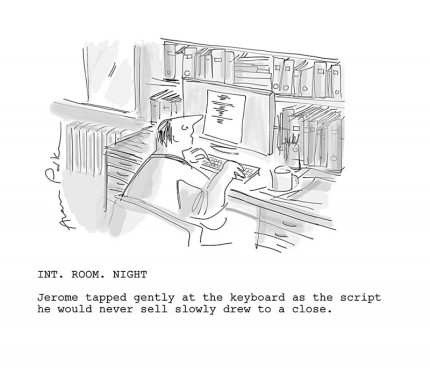 And There’s More Where That Came From…. 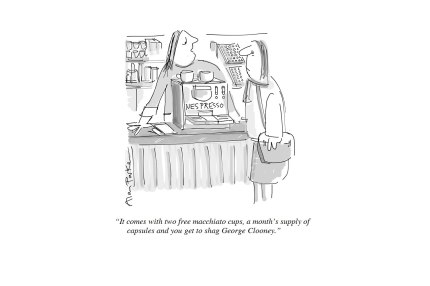 You can read my interview with Alan Parker talking about the career of fellow filmmaker and Oscar-winning film historian Kevin Brownlow here.

The Wit and Wisdom of Sir Alan Parker
2 Comments